Measuring and quantifying Scotland has been an ongoing fascination for we Scots over the centuries. As a consequence, there exists an almost unending list of fascinating facts and figures on Scotland.

Kids love to acquire and trade facts: the highest, the longest, the oldest, the weirdest. Scientists are constantly tinkering and recalibrating devices, technologies and units of measurement. As for the rest of us, we all need quality trivia to impress and be relevant over a coffee, beer and/or Scotch. Long live the facts!

And, as a Scottish artist, I just love facts. They are all around us, have been with us forever and can largely define who we are as individuals, groups and societies.  I take inspiration from the interaction between establishing facts in the first instance; how they are then presented and disseminated; who receives this information and their influence; and finally their social impact and cultural assimilation. It is these factors which, after all, will determine whether these facts are perceived as interesting, relevant and believable.

This very question is a beautiful example of the human quest for quantifying stuff and the lengths we will go to to find an answer. Back in 1774 a team of scientists and mathematicians led by Astronomer Royal, Nevil Maskelyne, reasoned that by calculating the weight  – or more accurately the mass – of one Scottish mountain then through extrapolation, so could the mass of the entire world be calculated. Schiellalion in Perthshire was selected due to the uniformity of its shape and the project subsequently was called the Schiellalion Experiment.

A noble endeavour that took 4 years and was later determined to have an error factor of just 20%. And the experiment had a totally unforeseen consequential benefit: the invention and adoption of the contour line.

During a recent chat with our friends at Tunnocks, I learnt that one of my longest retained and most ingrained facts has recently been revised:

The Tunnock’s Caramel Wafer: more than 5,000,000 of these biscuits made and sold each week.

Well, have I got news for you! The Tunnock’s Ops Team have added another 1,000,000 to this pillar of Scottish facts.

When I was a kid I just loved the splendor and gravity of this number of Caramel Wafers made every week. 5,000,000! What did this look like? How heavy, long, voluminous was such a staggering quantity? And what would happen if they kept making the biscuits and all the lorries were to break down or go on strike?!

So, with this the quantity of Caramel Wafers being officially updated to more than 6,000,000, I decided to answer some of my own imponderable questions from childhood. Here is my Illustrated Guide to Scottish Facts & Figures, using (in a very Gillian Kyle style) Tunnock’s products as the yardstick of measurement!

Unlike all other major brands I know, Tunnock’s have informed their adoring public via the wording on the iconic wrapper of the number of these biscuits made and sold every week. In the naive expectation that this was a public service announcement and that this data should change by the week (or by the month at the very least) I would eagerly check with each next biscuit I could snaffle, Tunnock’s updated trading figures. In time I came to realise this was a ‘marketing message’ (still verifiable and monitored by the Advertising Standards Authority) so not unfortunately liable to weekly change.

At a tender age I felt this was a very significant fact and worthy of remembering; probably one of my first such endeavours that was not imposed through a higher authority! And now, several decades later, the official word out of Tunnock’s is that more than 6,000,000 of these magnificent biscuits are now being made every week. And sold, of course.

(Perhaps not quite so weighty a topic as measuring the mass of Earth, but a bit of a belter all the same.)

• Length of the Scottish mainland as measured from Gretna Green to John o’ Groats: 360 miles (as determined by Google Maps travelling the A9 route via Aviemore) *

• approximately 9.5cm long (by my measurement)

• laid end-to-end, 6,000,000 caramel wafers would snake from Gretna Green, up the M74, past Glasgow and  Sterling; along the A9 past Aviemore and Inverness; on through Wick but running out just short of John o’ Groats

• however, on a bumper week, if the Tunnock’s production team were to hit the magical number of 6,102,000 Caramel Wafers, this line of biscuits would reach land’s end; well actually John o’ Groats.

A truly and caramelly amazing distance! This new Tunnock’s factual milestone is celebrated in a new Gillian Kyle tea towel and notecard set.

Ben Nevis is a big round domed mountain with very steep sides and a large relatively flat top: not too dissimilar in shape to a mammoth Tunnock’s Tea Cake. It does however have a big cleanly sliced wedge missing which occured 350 million years ago when, as a volcano, it collapsed in upon itself.

So what better a basis by which to compare one Scottish giant with another: Scotland’s and the UK’s highest mountain vs Scotland’s and UK’s biggest selling tea cake.

While you may initially see this as a David vs Goliath comparison you may well be very pleasantly surprised. Read on…

• 4cm tall (in either of its milk or dark chocolate variants)

• the winner: the Tunnock’s Tea Cake weekly production is a whooping 104 times taller than the once indomitable Ben Nevis

• the Earth’s stratosphere: the second layer of the atmosphere extends from 12 km to 50 km above the Earth’s surface (on average)

• with weekly Tea Cake production averaging out at 14 km in height (if all were to be stacked on top another) they would extend above the troposphere and then become truly stratospheric!

Just as we can’t put the Earth on the scales and weigh it, nor has the Gillian Kyle team physically proven either of these 2 somewhat theoretical of questions. But they are Scottish facts all the same – providing, of course, we did our calculations correctly. It was certainly fun taking a creative look at some long-established Scottish facts and allowing our factual imagination to run a little wild for a while.

By measuring Scotland with a uniquely Scottish yardstick – our chosen units of measurement being the Tunnock’s Caramel Wafer and Tea Cake – will hopefully allow you to appraise Scotland and Tunnocks with a fresh persceptive.

If you have enjoyed reading my Illustrated Guide to Scottish Facts & Figures and added some quality new numbers to your factual database you also enjoy reading some of our other illustrated Scottish stories:

Tunnock’s are a cornerstone family-run Scottish company dating back to 1890; located then and now in Uddingston. Gillian Kyle is proud to be Tunnocks’s Independent Official Licensee since 2011.

We are in equal part impressed and inspired by what Tunnock’s do and how they do it. Our relationship with Tunnocks is partially embodied in the 57 merchandising products in our current Tunnock’s product range.

To our returning Tunnock’s fans, have you seen these latest additions to our Tunnock’s merchandise range? To visitors who are new to Gillian Kyle, if you like what you see, please subscribe to receive future Gillian Kyle stories and product updates.

* The distance from the Mull of Galloway to John o’ Groats at 392 miles is a longer distance than from Greta Green but a much less well known landmark and travelled route.

PS –  if you’ve enjoyed this (or just love all things Scottish), please sign up to our mailing list so I can send you my next Scottish Story. 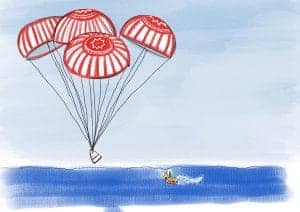 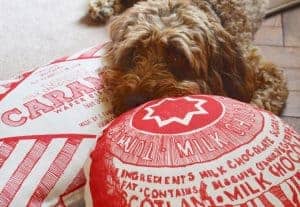 Turning Tunnock’s into an Art Form