Originally called Strachans Brew, the firm was first founded in 1875 by Robert Barr. After branding laws enforced in 1946 the vowels were dropped and Irn Bru became the recreated  Brew.

Coca Cola is the number 1 selling soft drink in the world – except in Scotland and the Middle East and our Irn Bru still tops the Scottish market much to the delight of us all.

The Irn Bru adverts have become an intrinsic part of our Scottish humour and the new ones are eagerly anticipated and enjoyed by everyone, with the cheeky take on The Snowman still a firm favourite. 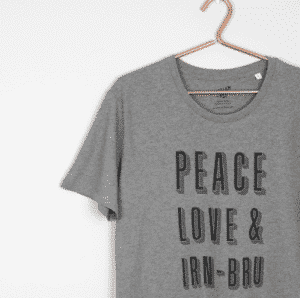 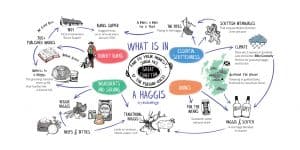