At Gillian Kyle, many of our Scottish gift ideas  are humorous and a little quirky.  Being Scottish we thrive on our sense of humour and we love a wee bit of Scottish silliness. At Gillian Kyle, we love ALL things Scottish!

April Fools’ day in Scotland is our opportunity to indulge in a wee bit of such nonsense.

Historically, this day was called “Hunt The Gowk ” and it consisted in playing tricks and telling lies or sending someone on a fools errand with the nonsense having to stop at mid day. 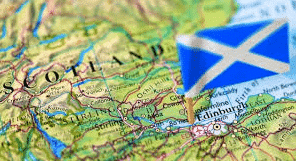 Having found some unsuspecting person, the individual playing the joke sends him away with a letter to some friend who lives two or three miles off,  asking for some help  or the  loan of something  while in reality the letter contains only the words: “This is the first day of April, hunt the gowk another mile.” The person to whom the letter is sent at once catches the idea of the person sending it, and informs the carrier with a very grave face that he is unable to help his friend with the  favor asked, but if he will take a second note to Mr. So-and-so, he will get what was wanted. The obliging, yet unsuspecting carrier receives the note, and trudges off to next  person, only to be treated by him in the same manner; and so he goes from one to another, until at some point the penny finally drops.

One April Fools’ day story in the Scotsman newspaper stated that due to severe royal budget cuts the queen was to lease part of Holyrood Park in Edinburgh as a theme park with wild boars for German tourists to shoot at and a waterfall for white water rafting down the side of Arthur’s Seat.

Another from the The Inverness Courier reported on opposition to a plan to build a six-foot high fence around parts of Loch Ness in order to protect the public from Nessie:

“The Provost condemned proposed European Health & Safety legislation that requires the separation of wild animals from humans. ‘Nessie is not a wild animal and has never bitten or attacked anyone,’ he declared… ‘Many people enjoy the Loch Ness area and the authorities should include a suitable gate to allow access to the loch. I am prepared to use the loch at my own risk.’ Ella MacRae, the Landlord at Dores Inn, agreed with the Provost and said she would provide a stock of disclaimer forms at the Inn.”

Scottish humour at its very best. For Scottish gifts and homeware, visit www.gilliankyle.com

What do you really think about GK? 1,000 independent customer reviews; a BIG Gillian Kyle milestone 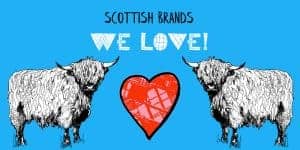